“You can do anything. What will be your profession?”

Message to the past: DON’T DO IT! Pick something that will pay the rent, you can still do your art.

My name is Robin B. James. The B distinguishes Robin from the other awesome Robin James’s out there: an actor, a famous children’s book author/illustrator, a wise professor, a Man for Himself stylist, a pop rock singer, and many, many more. I am an American Artist. I am a proud graduate of Albion College 1978, with a triple major Theater, Visual Arts, and English. A triple major was possible because experimental education was an option at that time (not any more). I had the only Independently Designed Major when I graduated. My parents were both Albion College faculty stardust. I am a child of a history professor and an economics guru. They were both self proclaimed Children of The Depression which was followed by World War II, and they practiced daily lives of thrift. Because they had experienced extreme poverty, they were extremely mindful of waste and were always figuring out ways of reusing things. Waste not want not. I was told, which is a good foundation for life in general.

My first position after graduation was forming a touring poetry-puppet show. This lead to radio theater arts and then music journalism. I invented a system of using pictures to improvise story telling. I became the world’s authority on the electronic folk arts of the 1980s and edited The Cassette Mythos (ISBN 9780936756691). Adding the study of library sciences at the University of Washington in Seattle allowed me to not have to choose between any of the academic specializations, arts and sciences, thus I can study them all. Which means I have a shallow understanding of everything. Next I invented a quantified keyword system for a stock photography business pioneering new commerce models on the world wide web.

On September 11, 2001 I was the guy at the office of the Center for World Performance Studies at the University of Michigan International Institute. For a very brief time I was living the dream of being an actual Art Librarian at the Kalamazoo Institute for the Arts, looking back now this probably was the zenith of my professional career, an opportunity to blend my background in undergraduate studies (fine arts) with the practice of library science, even if this was mostly volunteer work. I was a reference librarian in the Commonwealth of Pennsylvania (historic Schuylkill County, home of the Molly Maguires) followed eventually by being the library manager at the American Institute of Alternative Medicine (Columbus Ohio) which includes the studies of acupuncture, massage therapy and traditional LPN/RN training. Most recently I spent several years working with elderly and developmentally disabled adults, respectively.

I still write reviews of recorded jazz and experimental audio art. I search for my Albion Moonlight. My inner author has not yet levitated. I have failed at all these things, but I have few regrets. Thank you Thomas Jefferson College of Grand Valley State Colleges (now GVSU), Albion College, The Evergreen State College, and University of Washington Graduate School of Library and Information Science for the training to adapt to most anything and to have the confidence and courage to try new things. 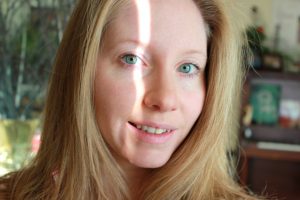 Man for Himself England-based fashion consultant

Sturgeon in the Kalamazoo river?

Theme by Anders Noren — Up ↑